In Print from Annette Louise:

Enough With The Mistletoe

All She Wants for Christmas

‘Timing is Everything‘ takes place in small town, mid-1800’s Utah. The tomboyish Jessy is tormented by visions of a bank robbery gone wrong, complete with a full view of the villains gunning down the defenseless banker. At the same time, she finds herself wooed by two men: the cocksure, devil-may-care Sirius, and the mysterious, quiet Hank. The catch? They’re both somehow involved in the murder-robbery that keeps playing in her head when she sleeps.

The book’s plot slowly winds these disparate elements together, making us speculate not only as to which man she’ll choose, but whether a killer roams the mountains outside the town.

‘Timing’ is a little light in the boots as a Western; but it works as a romance with a surprisingly suspenseful, scary climax. Highly readable, and highly recommended.

Sharp, intelligent and suspenseful, Timing is Everything has more than just romance going for it. Although set in the 1800’s, Annette Louise’s Jessy is the kind of gutsy heroine any modern woman can relate to. A sizzling romance wrapped in an intriguing plot, this book will keep you enchanted to the very end.
Vicky De Leo Author of The Crystal’s Curse

Timing is Everything is more than just a romance. It made me laugh, it made me cry. There’s adventure, some mystery, lessons to learn from that were taught by a minor character who almost lost a son he never appreciated, and lovable believable characters. I love that Jessy is no simpering helpless female. I CAN’T wait to read the next book!

The other night I decided to start Timing Is Everything as a “soak in the bathtub” read. I’m so glad I did! Within the first couple of chapters, I was taken into the storyline and the character’s personalities. This book quickly became a page-turner and I didn’t want to put it down unless I had to, finishing it within 24 hours or so (it was read in small increments of time with four kids running around and laundry to do).

The author has written a quick, fun read that intertwines mystery, intrigue and romance… all in the same book! The romance isn’t sexually explicit (which would be a turn off for me in any literary work), but just enough to get the idea of the passion and attraction between characters. It also is not overly violent, but descriptive enough to get an idea of a Wild West cowboy scene.

All She Wants For Christmas:

‘All I Want for Christmas’ is a fun, eclectic set of stories that range from the escapism of one story’s trip to Christmas Island to a vampiric tale set in an alternate-universe of the English Regency period.  Though far-fetched, the appropriately titled ‘A Christmas Miracle’ is an intriguing mixture of detective noir, ghost story, and supernatural comeuppance.

Of special mention is ‘All She Wants for Christmas’, which follows an up-and-coming writer who falls, gradually, for her hunky male literary agent.  It’s especially rewarding to see a woman who’s been twice-burned   in relationships get over her gun-shy nature and allow a man into her life again.

This is a compulsively readable anthology of short romance.  Highly recommended. 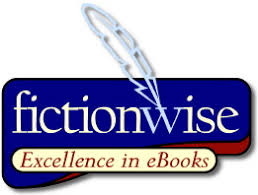